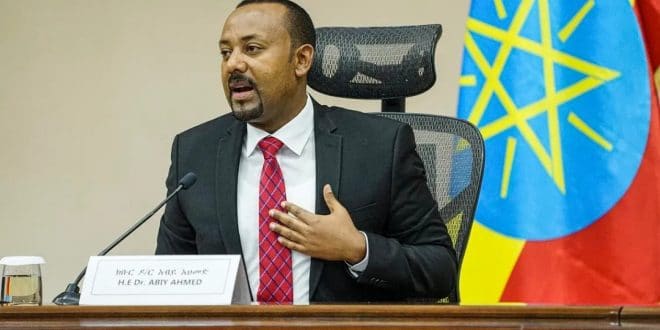 Ethiopia: PM Abiy calls on diaspora to return back in January

Ibrahim AMEDAHEVI 20 January 2022 Africa, Horn of Africa, In the news, Politics and society Leave a comment

Ethiopian Prime Minister Abiy Ahmed has called on nationals of the country living abroad to return home. This call is part of an operation called “the Great Return”.

The Prime Minister is betting to restore his image, more than a year after the start of the civil war and the humanitarian disaster in Tigray.

The diaspora came in large numbers, especially from the United States, for the Orthodox holiday season.

Recently excluded from a free trade agreement by Washington, the Ethiopian government is seeking to attract foreign currency via its diaspora.

The return of part of the diaspora should not make us forget the situation in the province of Tigray, still under complete humanitarian blockade since last December 15 and on the verge of famine, RFI reports.