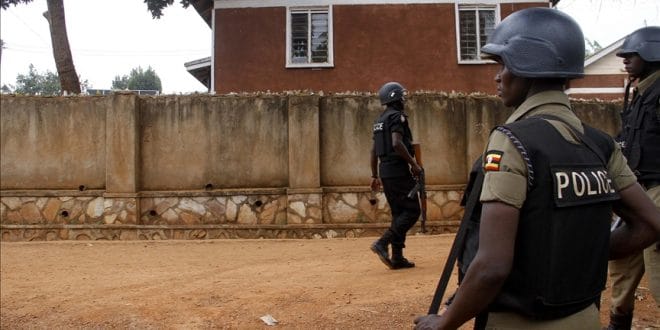 A Ugandan police officer attached to Kashambya Police station in Rukiga District has been arrested on charges of aggravated trafficking in persons and having sex with a suspect.

According to police, the accused policeman who was on duty allegedly took advantage, convinced, and took the suspect to his place where they reportedly had sexual intercourse.

“The officer in charge of criminal investigations at the same police station, Mr Asaph Ampeire, immediately established the absence of the suspect from the prison cells but later realized that she was sleeping in a separate room with his colleague who was on duty when the incident happened,” said Kigezi region police spokesperson Mr Elly Maate.

The suspect, 28-year-old, was charged with simple robbery of Shs1m ($284) and a mobile phone and detained in Kashambya Police station for investigation.