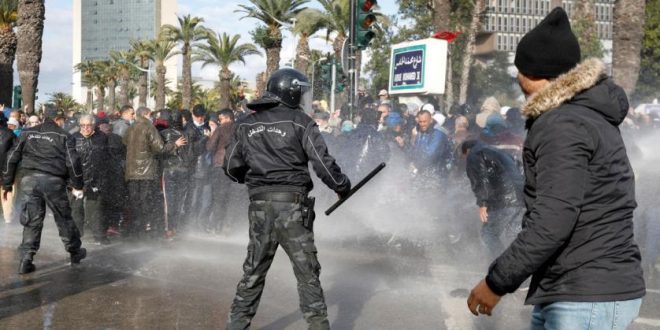 The man died in hospital on Wednesday from injuries inflicted by police.

According to the Tunis court investigating the death, the man, found in a coma on Mohamed V Street in the capital, was taken to hospital on Friday and died on Wednesday.

The court said the man’s body bore no visible signs of violence and would be handed to forensic examiners to determine the cause of death. An investigation had been opened, it added.

The Ennahda Islamist party said in a statement, however, that Ridha Bouziane, who is one of its members, was subjected to severe violence, which resulted in severe bleeding in his brain.

Police deployed water cannons and batons against protesters on Friday, as president Saied faced growing discontent over his suspension of parliament last July and subsequent rule by decree.