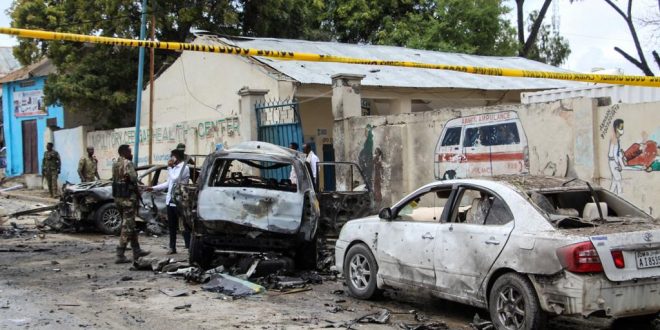 At least four people have been killed and 10 others injured on Tuesday in Somalia’s capital Mogadishu in a suicide bombing at a tea-shop near a military base, state-run SONNA news agency reported.

Patrons, who included both soldiers and civilians, were sipping tea when the bomber blew himself up, Reuters quotes local residents as saying.

The Nacnac base outside which the blast occurred is located near a Turkish military garrison which helps to train Somali troops.

Islamist group al Shabaab has claimed responsibility of the attack.

Al Shabaab which wants to topple Somalia’s central government and establish its own rule based on its own strict interpretation of Islamic Sharia law, frequently carries out bombings and gun assaults in Mogadishu and elsewhere in Somalia.