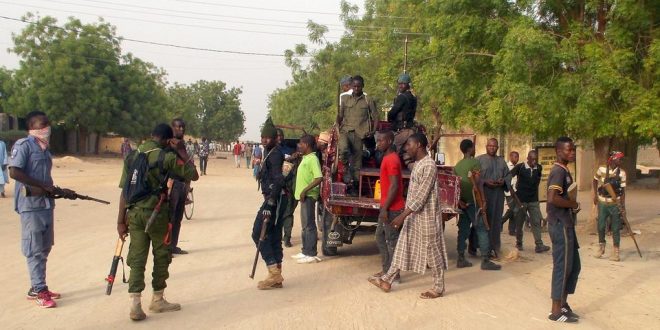 Dozens of people including two soldiers and a police officer have been killed and others abducted by gunmen in the north-western Nigerian state of Kebbi, local media report.

The attack happened on Friday in the village of Dankade in Danko-Wassagu area but details are just emerging because there is no mobile phone network in the area.

Some reports suggest more than 50 people were killed – some were shot dead and others had their throats slit but according to governor’s adviser on security, Garba Rabiu, information available to them showed those killed were not more than 20.

Residents say dozens of people including women were also kidnapped while the fate of the village head is unknown after the attack.

They say bodies are are yet to be retrieved for burials and are littered in the village and in bushes.