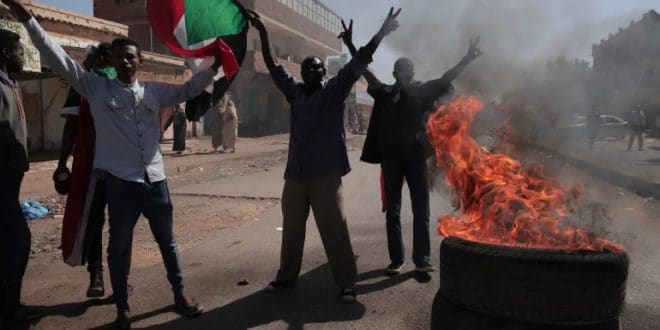 Sudan: activists once again call for huge protests against the military

Activists in Sudan have called for mass protests across the country on Thursday, to demonstrate against the military rule and demand the restoration of democracy.

The protest initially scheduled for Wednesday, was postponed for a day at the last minute.

The Sudanese Professionals’ Association – the group that mobilised protests against the former president, Omar al-Bashir – urged Sudanese to take part in the “million-march” demonstrations.

The Sudanese army, led by General Abdel Fattah al-Burhan, remains fully in charge as talks continue on the appointment of civilian leaders.

According to the Central Committee of Sudanese Doctors, police killed more than 60 people during protests.