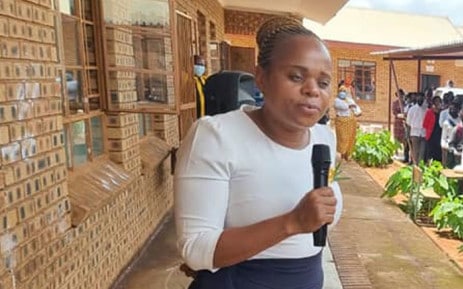 The health minister of the South African province of Limpopo, Phophi Ramathuba, is under fire for her sex education message to girls during a school visit.

Minister Ramathuba told girls “open your books and close your legs”, in a rather blunt way of encouraging abstinence to prevent HIV/Aids infections.

She said the girls were being lured by older men using luxuries like expensive wigs and smartphones.

Her message has however been called out for putting the burden of sexual responsibility on girls only, as many people online said it was also the responsibility of boys and men to stop preying on them.

The minister defended her message, saying it was taken out of context and that she also advised the boys not to engage in sexual activities, Times Live newspaper reports.

Data across South Africa’s provinces last year showed there had been a significant rise in the number of teen pregnancies during the pandemic, BBC News reports.

The implementation of sex education programmes in some schools was halted after resistance from parents.