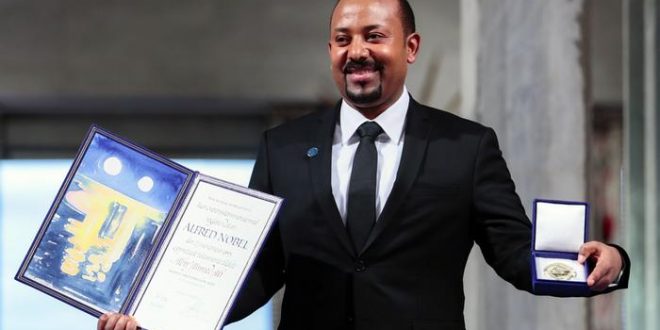 The Nobel Peace Prize committee has called on the Ethiopian Prime Minister Abiy Ahmed, winner of the 2019 Award to put an end to the ongoing war in the Tigray region on Thursday.

In a rare critique of a former laureate, the Norwegian Nobel committee said Abiy Ahmed bore special responsibility for bringing to an end the fighting that broke out in late 2020.

Conflicts have resulted in the displacement of millions of Ethiopians and the deaths of several thousand. In addition, hundreds of thousands of people are facing conditions bordering on famine, Reuters reports.

The Tigray People’s Liberation Front ( TPLF) and the federal government blame each other for the current conflict. The TPLF accuses Abiy of centralising power at the expense of the regions, which he denies, while Abiy accuses the TPLF of seeking to return to power at the national level, which it rejects.