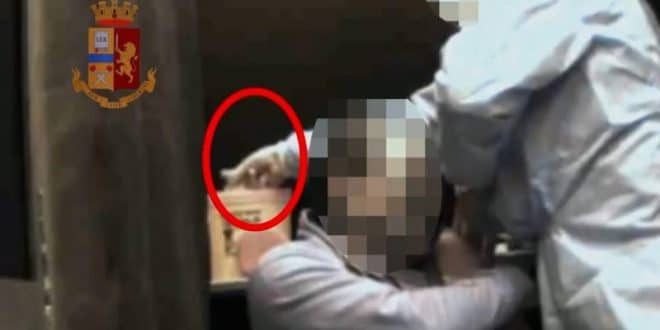 Italy: a nurse arrested for administering fake vaccines to antivax

Italian authorities arrested on Monday a nurse, accused of administering fake doses of Covid-19 vaccine to antivax patients, at a vaccination center in Ancona.

The man, who got rid of the contents of the syringes instead of injecting it into the arm of the patients, was denounced by a doctor at the center who was previously pretending to be his accomplice.

According to the Italian daily La Repubblica, sixty people received falsified vaccination certificates for amounts ranging from 300 to 450 euros.

The Italian police released one of the videos thanks to which the perpetrator was detained. At first glance, nothing notable, the patient settles in the box, rolls up his sleeve and holds out his arm. The only false note: we can clearly see the nurse emptying the contents of the syringe into a bucket.

Italy recently tightened its rules to fight against the spread of Covid-19, including the obligation to have a vaccination certificate to take public transport. People over the age of 50 have until February 15 to have a complete vaccination schedule, or face a fine of at least 100 euros.