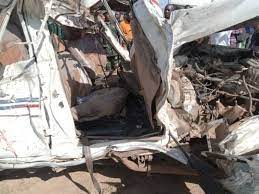 At least 14 people have died in a road accident in the Chumbe area of Busega district in the northern Simiyu region of Tanzania, local media report.

Six journalists were among the victims.

President Samia Suluhu has expressed her shock at the news and offered her condolences to the families of the bereaved.

“I am shocked by the death of 14 people, including 6 journalists, which occurred this morning … May God place the souls of the deceased and the wounded healed quickly.”

The accident occurred when a minibus collided with another vehicle in the Chumbe area of Busega district.