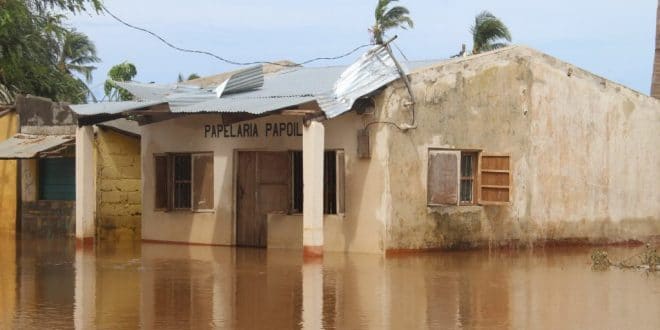 Mozambique: several dead and injured in storms in Gaza province

At least five people have died and many others injured after heavy rains accompanied by strong winds, thunderstorms and lightning left a trail of destruction in Mozambique’s southern Gaza province, local media reports.

The spokesperson of Mozambique’s National Institute for Disaster Risk Reduction and Management in the area, Bonifacio Cardoso says the dead are victims of lightning strikes.

Mr Cardoso also said many houses were damaged by the storms.

“The heavy rains that lasted for 24 hours over the weekend also destroyed 5,000 houses and six health centres have been partially submerged,” he said.

The Mozambican disaster agency has already deployed teams to the area with boats, foodstuff, tents and blankets in readiness for the expected flooding, the BBC reports.