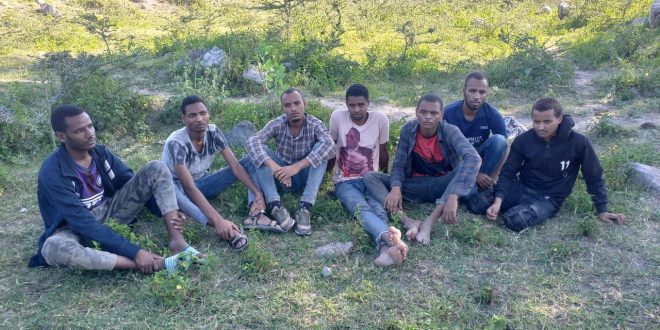 Police in Kenya have arrested 91 Ethiopian nationals at a house in Kitengela, outside the capital Nairobi, the Directorate of Criminal Investigations (DCI) said on Sunday.

The group is suspected to be in the country illegally.

All are men below the age of 25, and had attempted to break out of the house where they were being held.

On Twitter, the DCI said they are believed to have been smuggled into the country onboard a lorry and were being held in the house temporarily as the smugglers sought means to sneak them to another country.

Police are searching for the persons who brought them in, the BBC reports.