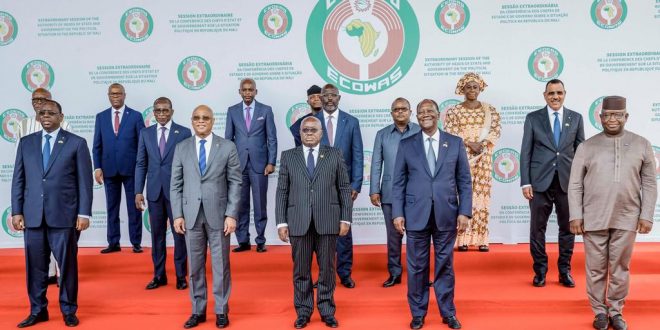 Leaders of the Economic Community of West African States( ECOWAS) have reimposed severe sanctions against the Malian interim government after the military leaders had announced a long delay to the elections originally planned for February.

After a meeting on Sunday in the Ghanaian capital, Accra, the ECOWAS leaders have decided to close their borders with Mali as well as implement a range of economic sanctions.

The Malian government replied and said it was closing its land and air borders with Ecowas and recalling its ambassadors from member states.

In a statement, the junta said it “strongly” condemned “illegal” sanctions imposed on the country.

The regional bloc was calling for a return to civilian rule since the overthrow of former President Ibrahim Boubacar Keïta in August 2020.