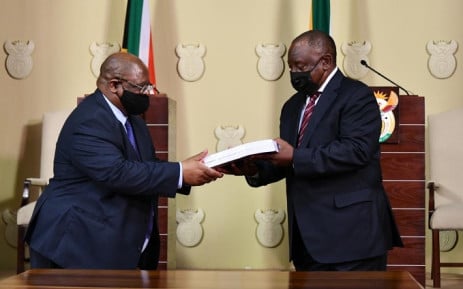 A South African corruption inquiry pointed to systemic graft during former President Jacob Zuma’s tenure in the first part of its report published on Tuesday, after more than three years of investigations involving more than 300 witnesses.

The inquiry chaired by senior judge Raymond Zondo was established in 2018 to examine allegations of high-level graft during Zuma’s nine years in power from 2009, after scandals and sleaze had overshadowed South Africa’s politics for years.

Zuma denies wrongdoing and has refused to cooperate with the inquiry, leading to his imprisonment in July for contempt of court. He was placed on medical parole in September before being ordered back to jail by the high court – a decision he is appealing.

The allegations levelled against Zuma include that he allowed businessmen close to him – brothers Atul, Ajay and Rajesh Gupta – to plunder state resources and influence policy, in what is widely referred to in South Africa as “state capture”.

“We are very pleased that we were able to deliver part one of the report. I just want to take this chance to thank the legal, investigation teams, the secretariat and everybody who has made it possible for us to deliver part one to the president”, said judge Raymond Zondo.

He will now work on the second part of the report, which will be made available at the end of the month.