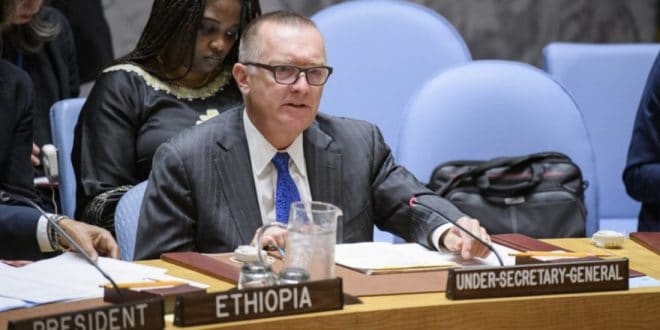 Ethiopia: US special envoy expected this week for talks

The US special envoy for the Horn of Africa, Jeffrey Feltman, is expected in Ethiopia this week to hold talks with the authorities about the ongoing civil war.

The US State Department said that Mr Feltman was “to engage with senior officials regarding the prospects for a broader peace”.

The special envoy’s visit comes after the US removed trade privileges for Ethiopia over rights abuse claims.

The year-long war between Ethiopia’s government and the leadership of the northern Tigray region, among Africa’s bloodiest conflicts, has killed thousands of civilians and displaced millions.