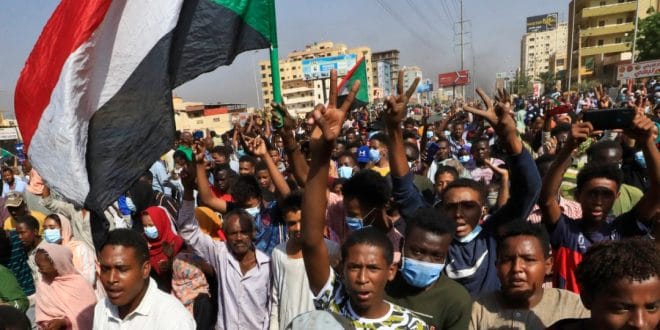 Sudanese security forces have fired tear gas in an effort to break up pro-democracy protests in the capital, Khartoum, and in Port Sudan, BBC News reports.

People in several cities have been chanting slogans against the military and calling for the downfall of Sudan’s ruling council.

It is headed by General Abdel Fattah al-Burhan who led a military coup in October.

The protests come two days after the resignation of the civilian prime minister Abdalla Hamdok.

Fifty-six people have died during protests since the October coup, most were shot by security forces.