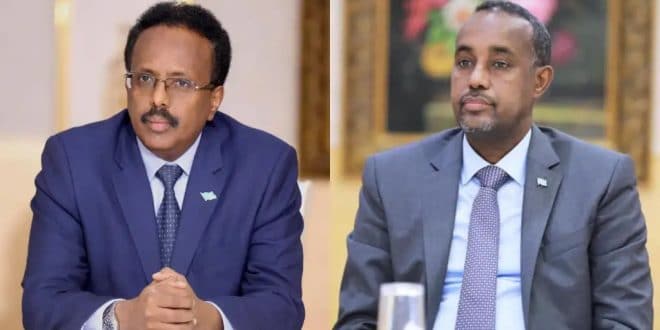 The United Nations and other countries are in talks with Somalia’s president Mohamed Abdullahi Mohamed and prime minister Mohamed Roble to urge them to reduce tensions in their political feud that has fed fears of a military clash, officials said on Wednesday.

The conflict comes as President Farmajo suspended the powers of the Prime Minister, accused of stealing land belonging to the Somali National Army and of interfering in a Defense Ministry investigation.

“The United Nations and international partners are in contact with all sides to urge de-escalation,” said Ari Gaitanis, spokesperson for the U.N. Somalia office.