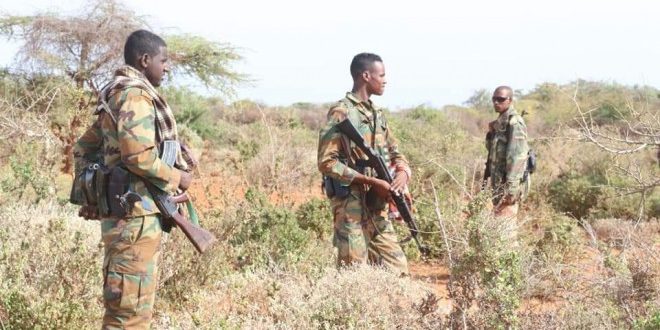 Somalia: seven killed in clash between Al-Shabab and federal troops

At least seven people were killed Thursday in a clash between al-Shabab fighters and Somali security forces in a town north of the capital Mogadishu, a police officer and residents said.

According to police and residents in Balad, a town located at the north of Mogadishu, the al Qaeda-linked group’s fighters attacked and overran government forces guarding a bridge at the town’s entrance early in the morning.

“We were in a mosque praying when a heavy exchange of gunfire took place at the bridge. Al Shabaab thus captured the town, overrunning the soldiers at the bridge,” Hassan Nur, a shopkeeper in Balad, told Reuters.

Police captain Farah Ali said the fighters stayed briefly in the town after the attack but then left.

Al Shabaab aims to topple the government and impose a strict interpretation of Islamic law. It carries out frequent gun and bomb attacks on security and government targets, but also on civilians.