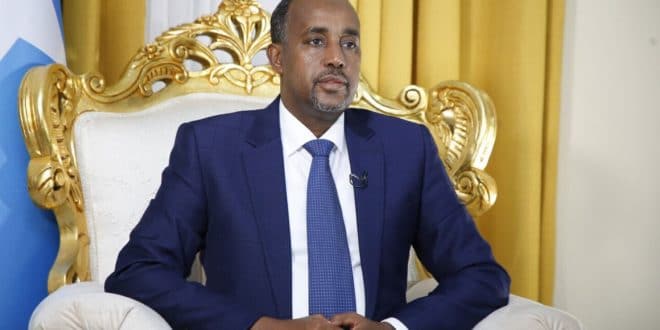 President Mohamed Abdullahi Mohamed on Monday suspended the powers of the prime minister who was under investigation for corruption.

Mr Roble is accused of stealing land owned by the Somali National Army and of interfering with a defence ministry investigation.

He denounced the president’s move and said it was a coup attempt.