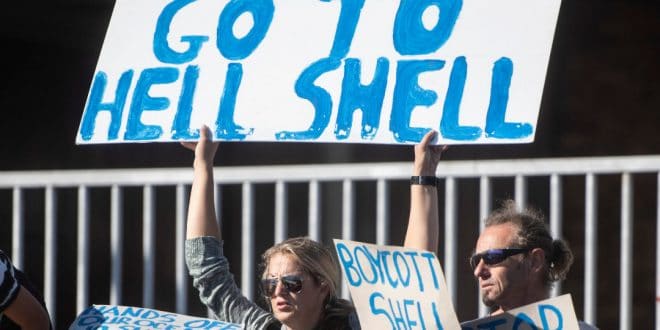 In his ruling, High Court Judge Gerald Bloem said that Shell’s right to explore the waters near the Wild Coast “was awarded on the basis of a substantially flawed consultation process”.

The decision has been hailed by environmentalists who fear that the sound blasting will harm marine life.

Local communities, who were also represented in the case, said that their customary rights to the land and fishing had not been respected.

Welcoming the ruling, local campaigner Nonhle Mbuthuma said: “As coastal communities we have relied on the sea for centuries – and we are glad that the judge has recognised that our ocean livelihoods must not be sacrificed for short term profit.”

Shell said it had “paused” operations while it reviewed the judgement, BBC News reports.