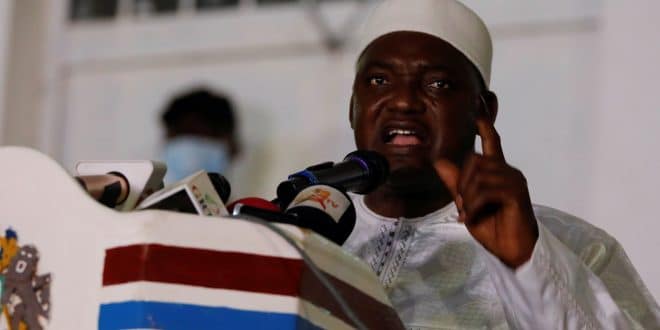 The Gambian Supreme Court has rejected a petition by opponent Ousainou Darboe to overturn the results of the December 4 presidential election in which Adama Barrow was declared winner with 53% of the vote.

Opponent Ousainou Darboe, who comes in second with around 28%, and two other candidates refused to accept the results, citing alleged problems at polling stations.

The court dismissed the petition on Tuesday on the grounds that Darboe’s party failed to serve Barrow within five days of his filing, which violated Gambia’s fair trial procedures, court sources said.

“The UDP failed to comply with the rule 11 requirement of the Election Petitions Rule, which required you to file a petition and safety motion,” Chief Justice Hassan B. Jallow wrote in the judgment.

Recall that the decisions of the Supreme Court in The Gambia are final and can’t be appealed.