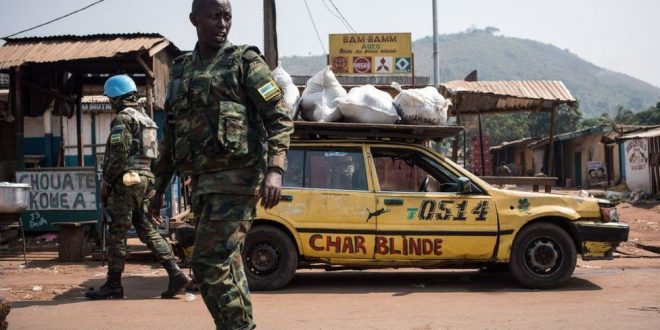 The UN peacekeepers carried out on Saturday an operation in which they succeeded in expelling 200 elements of the Unity for Peace in the Central African Republic (UPC) in the locality of Boyo.

“The arrival of the Nepalese and Mauritanian battalions of the Minusca Forces to reinforce the strength of the peacekeepers on the spot, forced the UPC fighters to leave Boyo, where they occupied houses as well as the mayor’s residence,” the UN stressed, adding that Minusca is continuing its clean-up operations in the city with robust patrols.

Last week, Minusca warned of the massive arrival of these armed elements assimilated to anti-Balaka in the vicinity of Boyo and Ippy, “as well as the risks of targeting and abuses directed exclusively against Fulani communities, that could be committed ”.

In December, the United Nations documented 23 incidents of abuse and violations of human rights and international humanitarian law, affecting at least 94 victims.