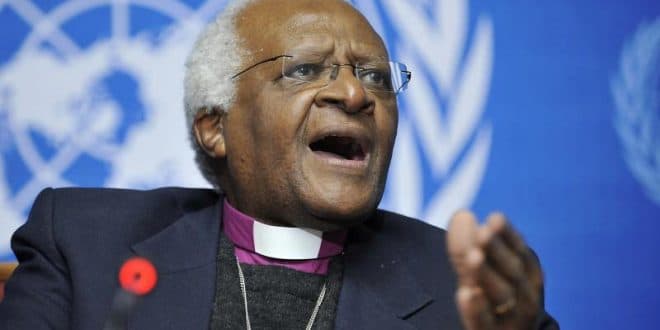 Leaders all around the world paid tribute to Desmond Tutu, Anglican archbishop and one of the anti-apartheid heroes, who died Sunday at the age of 90.

South African President Cyril Ramaphosa said in a statement that Tutu had helped bring about “a liberated South Africa”.

President Biden said he was “heartbroken to learn of the passing of a true servant of God and of the people”, adding that Tutu’s “legacy transcends borders and will echo through the ages”.

In a message of condolence, Queen Elizabeth II said she remembered with fondness her meetings with him, and his great warmth and humour.

The Vatican said in a statement that Pope Francis offered “heartfelt condolences to his family and loved ones”.

A contemporary of Nelson Mandela, Tutu was awarded the Nobel Peace Prize in 1984 for his role in the struggle to abolish the apartheid system enforced by the white minority government against the black majority in South Africa from 1948-91.