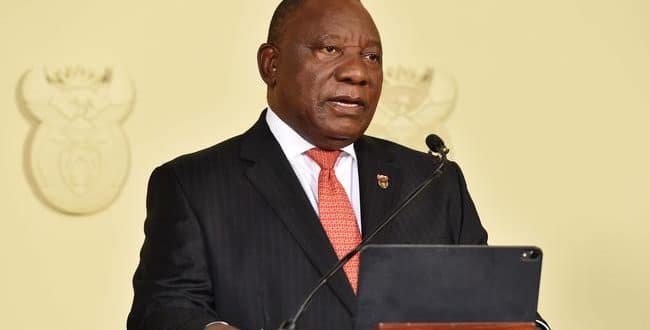 COVID-19: South Africa to donate vaccines to other African countries

South African government said it is donating nearly two million doses of Johnson & Johnson vaccine to other African countries through African Vaccination Acquisition Trust (AVAT), to curb the spread of the virus.

According to president Cyril Ramaphosa, the donation is a sign of solidarity to other African countries.

“This donation embodies South Africa’s solidarity with our brothers and sisters on the continent with whom we are united in fighting an unprecedented threat to public health and economic prosperity”, said president Cyril Ramaphosa.

“The only way in which we can prevent Covid-19 transmission and protect economies and societies on our continent, is to successfully immunise a critical mass of the African population with safe and effective vaccines,” he added

The donation will be made available to other countries starting from 2022 through the African Medical Suppliers Platform (AMSP), which was launched by the African Union (AU).