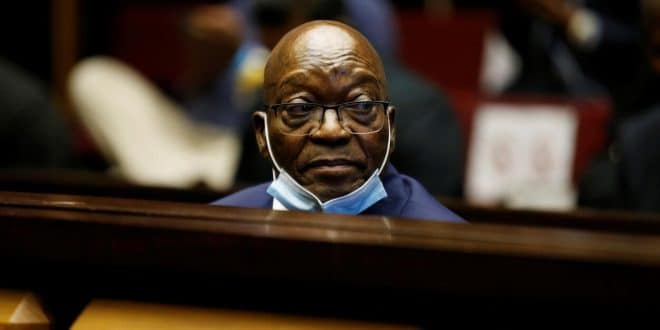 A South African court ruled that the country’s former president, Jacob Zuma, must return to prison, saying his medical parole was “illegal”.

Zuma had been jailed for failing to attend an inquiry into corruption during his presidency but was released on 5 September for an undisclosed medical condition.

“The time he has spent out of prison should not be counted in his 15-month sentence,” the Pretoria court ruled.

The 79-year-old handed himself in to police in July after a public stand-off, but his jailing, unprecedented for an ex-president, sparked violent protests in which more than 300 people died.

The decision to revoke Zuma’s parole has sent shockwaves across the country, with some of his supporters threatening mass protests reminiscent of the violence in July that left hundreds dead and led to costly destruction of businesses.

But other citizens have welcomed the ruling, saying it sends a strong message that all are equal before the law.