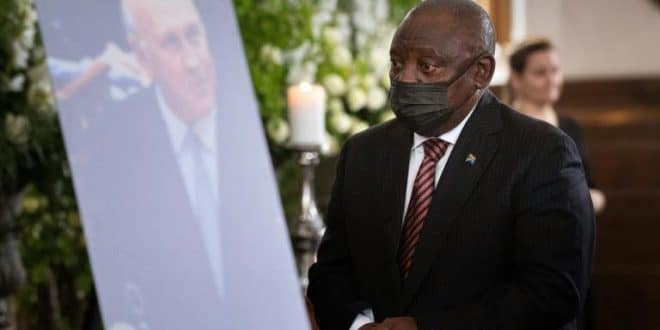 The South African Presidency has announced that President Cyril Ramaphosa has tested positive for the coronavirus and is being treated for mild symptoms.

The presidency said in a statement that the president started feeling unwell on Sunday after leaving the state memorial service of South Africa’s last apartheid president, FW de Klerk, in Cape Town.

Read also: Ghana: mandatory vaccination for all travellers from Sunday

People who had contact with the president on the day have been advised to watch for symptoms or to get tested.