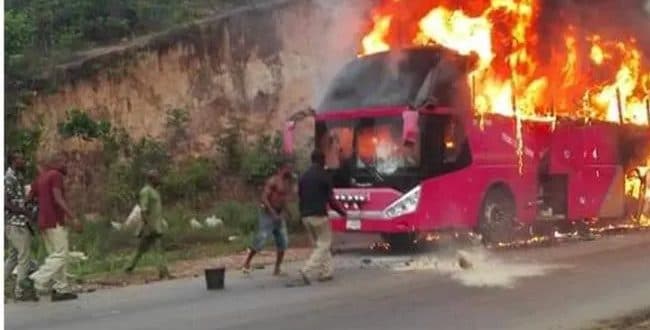 Nigeria: at least 21 burnt to death in bus attack

At least 21 passengers, including children, were burned alive when their bus on its way to the town of Isa was ambushed by gunmen in Sokoto state, northwestern Nigeria, police say .

The attack happened late on Monday but details are just emerging due to poor communication services in the area, BBC News reports.

One of those involved in evacuating the casualties described the scene as “horrendous” and that most of the victims were burnt beyond recognition.

Some reports say the attackers deliberately set the vehicle on fire burning the occupants alive while another account indicates the fire ignited on the bus as a result of the attackers’ gunfire.

The police say they are investigating the circumstances of the attack.