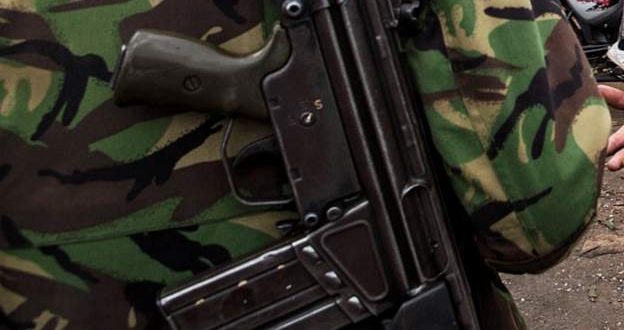 Kenya: a police officer kills six including his wife

A Kenyan police officer has shot dead his wife and five other people and then killed himself in Kabete town outside the capital Nairobi.

Police constable Benson Imbasi is said to have asked his wife to close her shop and the couple went home where neighbours heard shots being fired in the early hours of Tuesday.

He then walked out of his home and shot at seven other people. Five of them died and two are being treated at the national referral hospital.

The police officer then shot himself in the neck and died on the spot, according to a police report.

The Directorate of Criminal Investigations (DCI) says the “rogue” policeman had been “wielding an AK-47 assault riffle”.

It said three young men and a motorcycle rider at the local market were among those people who were killed. A body of a woman was also found at the scene.

The police have launched Investigations into the matter.

They also tweeted about the incident: