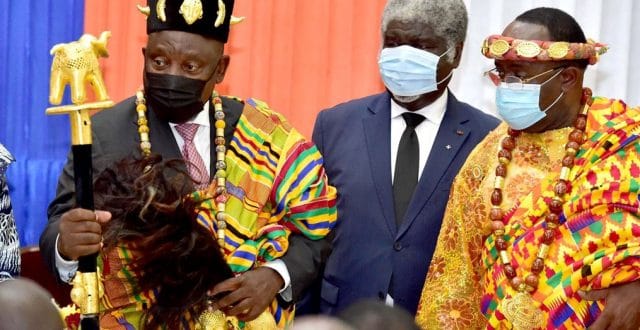 South African President Cyril Ramaphosa has been honored with the status of traditional leader in Ivory coast on Thursday, December 2.

He was given a symbolic key to the autonomous district of Abidjan and robed in Ivorian traditional clothes by local leaders during the ceremony on Thursday.

The South African leader was also given the name of Chief Dwasaho, meaning the great warrior, as well as an honorary citizenship of the city.

The presidency shared a video of the event:

The South African president was later bestowed with an Ivory Coast’s distinguished state title by President Allasane Ouattara during a state banquet.

“I am truly humbled by this honour, it is impressive in many ways, because it is a demonstration of the rituals of our African people and ancestors,” Mr Ramaphosa said.