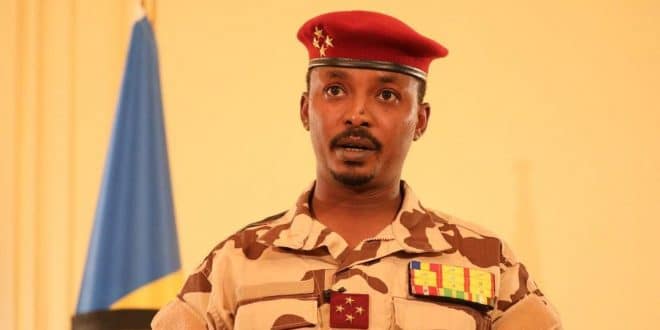 Chadian interim leader Mahamat Idriss Déby Itno has moved up to a higher rank in the military, from a lieutenant general (four stars) to a general (five stars).

On Wednesday, the Chadian leader wore five stars on his uniform and beret as he arrived at a venue outside the presidential palace in a five-star command car.

The presidency’s head of protocol sent a press release on Thursday informing state institutions and the public of the changes.

The junta leader came to power after the death of his father, Idriss Déby Itno, who led the country from 1990 to 2021.