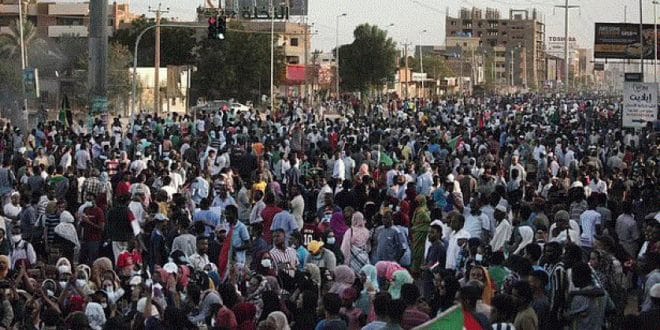 Sudan: activists call for mass demonstrations across the country

Activists in Sudan have called for more protests across the country on Tuesday to denounce the political deal between PM Abdalla Hamdok and leaders of the military coup.

Activists staged the protests despite meeting with the prime minister.

“If the creation of fictitious bodies could protect the authority, then [ousted president Omar] al-Bashir would still be in power,” Khartoum State Resistance Committees reportedly said in response to Prime Minister Hamdok’s meeting with alleged representatives of Resistance Committees, according to privately-owned Al-Sudani newspaper website.

On Monday Mr Hamdok reiterated that the “political atmosphere does not allow for the beating of protesters”.

In recent demonstrations held before his deal with the military, at least 42 people were killed after security forces fired live bullets at the protesters, according to the Central Committee of Sudanese Doctors, BBC News reports.