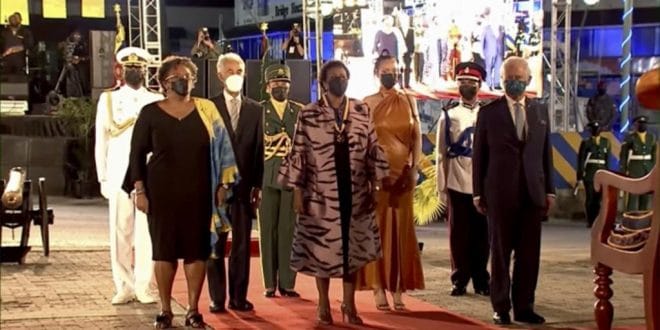 Barbados says goodbye to the monarchy and becomes a republic

Authorities in Barbados announced on Tuesday that the country is no longer dependent on the British crown but is becoming a republic for the first time in its history.

Several leaders, and public figure, including Prince Charles and Rihanna, attended the ceremony, which kicked off Monday evening in a popular plaza where the statue of a famous British lord was removed last year as part of a global campaign to erase symbols of oppression.

The drive to become a republic emerged over two decades ago and culminated when the island’s parliament elected its first-ever president last month with a two-thirds majority. Former Governor General of Barbados Sandra Mason was sworn in before dawn on Tuesday as the island celebrated the 55th anniversary of its independence from Britain.

Ms. Mason, 72, is a lawyer and judge who has also served as Ambassador to Venezuela, Colombia, Chile and Brazil. She will help Prime Minister Mia Mottley rule the wealthy Caribbean island of over 300,000 people that depends on tourism, manufacturing and finance.

“From the darkest days of our past and the appalling atrocity of slavery, which forever sullies our history, the inhabitants of this island have forged their way with extraordinary courage,” said Prince Charles, who thanked the Barbadian officials for inviting him and said he greatly admired what they accomplished.