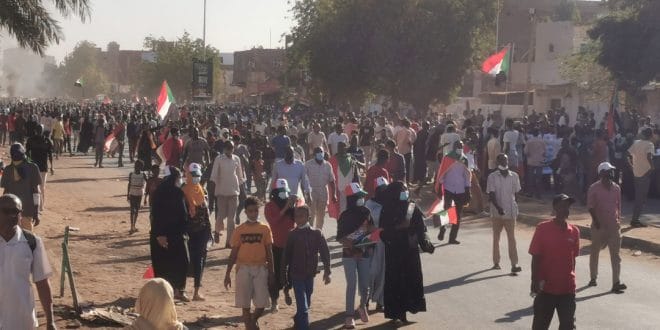 Sudan: mass protest against deal between PM Hamdok and military

Tens of thousands of Sudanese took to the streets of the capital, Khartoum and other cities on Thursday, to protest the deal between military leaders and civilian prime minister Abdalla Hamdok.

Prominent political parties and Sudan’s powerful protest movement have opposed Prime Minister Abdalla Hamdok’s decision on Sunday to sign the accord with the military, with some calling it a betrayal or saying it provides political cover for the takeover.

The protesters called for justice for “martyrs” killed in earlier demonstrations.