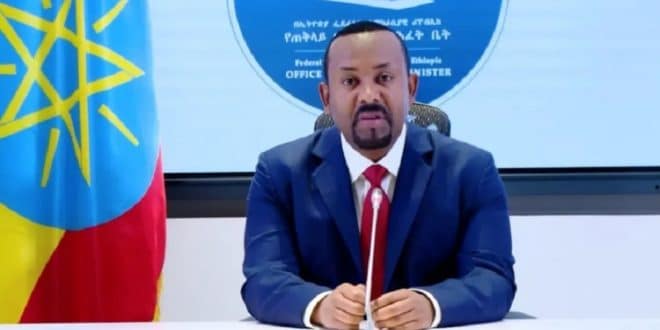 Ethiopian Prime Minister Abiy Ahmed has announced that he was setting off, in person, to march on the battlefield, and to lead the defence of his country.

His startling announcement came as rebel forces claimed they were advancing on at least four fronts, towards the capital, Addis Ababa.

The Ethiopian government has denied that the rebels led by forces from the war and famine-ravaged northern region of Tigray are making progress.

But the tone of the prime minister’s speech lashing out at unnamed local and foreign enemies carried both an air of defiance and, to some, of desperation.

A state of emergency has already been declared. And there are reports that the rebels are close to disrupting the main supply route into the capital.

Just two years ago, Mr Abiy won a Nobel Prize for his leadership of a rising African giant. Today, he’s asking his countrymen to stand up and fight for the nation’s very existence.