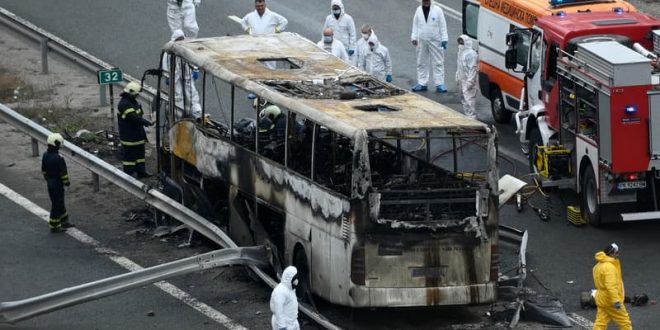 Forty-six people, including twelve minors, died calcined in the night from Monday to Tuesday in Bulgaria after the explosion of a bus carrying 53 passengers.

“It is a great tragedy. Twelve of them were under 18, including five children whose age was not specified, and the others were between 20 and 30 years old,” responded the Prime Minister Zoran Zaev who went to meet the survivors.

According to local media, they were on their way to Skopje, capital of North Macedonia, returning from a trip to Turkey.

Seven survivors, who were in the back of the vehicle, “managed to smash one of the windows” and escape the blaze.

“They are part of the same family and a 16-year-old girl is among them”, specified the Minister of Health of North Macedonia, Venko Filipce, also on the spot before declaring “that they are stable”.

This accident is the deadliest in Europe in the last ten years because of the poor condition of the roads, the dilapidated vehicle fleet and frequent speeding.