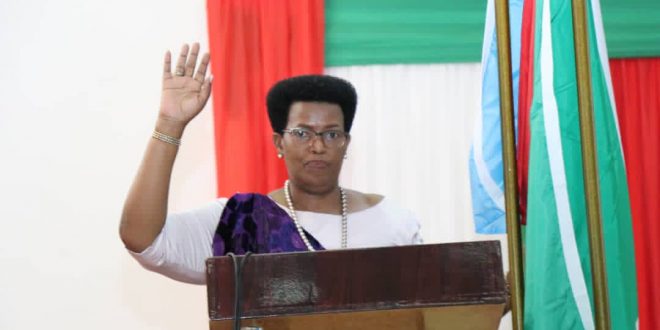 Burundi: a minister fired for ‘tarnishing’ the country’s image

Iwacu news website tweeted a photo of the minister:

Ms Niyonizigiye is the second minister of commerce to be sacked in less than a year, BBC News reports.

Her predecessor, Immaculée Ndabaneze, was sacked in May after being accused of actions that could compromise the economy and also tarnishing Burundi’s image.