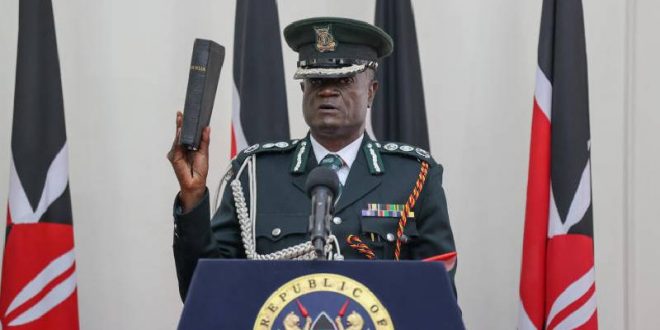 Questions were raised about how they managed to escape the country’s safest prison on Monday.

General Ogallo, Mr. Mutembei and his deputy were taken to DCI offices after the arrest.

The new prison boss, Brigadier Warioba, declined to comment on the arrests, saying it was too early since he had just been appointed, the website says.

Hours after the arrest, the National Police Department tweeted that General Ogallo had not been arrested, but only escorted home from his office.