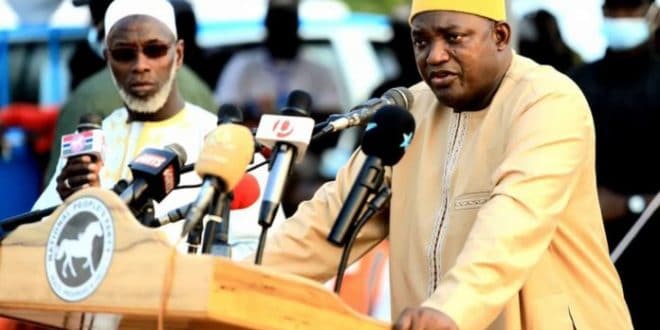 Adama Barrow, who had already won the presidential elections in 2016, is still running for the supreme office, against five other candidates.

Former President Yahya Jammeh, whose 22-year reign was marked by extrajudicial killings, torture and enforced disappearances, fled to Equatorial Guinea in 2017 after refusing to give in to Barrow.

Jammeh spoke via audio message Monday at a rally for opposition candidate Mamma Kandeh, whose candidacy he supported.

The Gambian head of state said Tuesday evening that Kandeh could face prosecution if he continued to broadcast Jammeh recordings, although he did not specify which law it violates.

“I warn Mamma Kandeh not to invite Yahya Jammeh into her campaign programs and I will tell the Independent Election Commission to inform Kandeh before taking any action,” Barrow said during a campaign event.

Barrow’s candidacy is itself controversial as he initially said he would only serve as transition leader for three years, but then turned the tide and decided to run again.