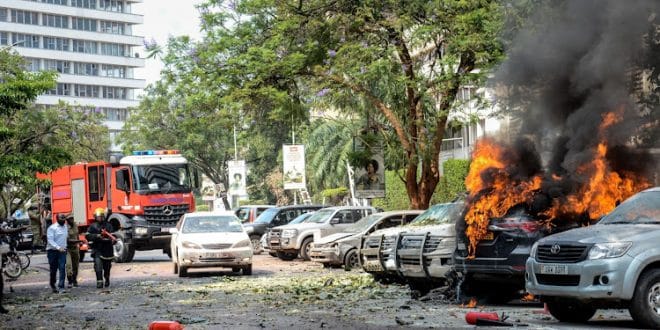 The Kenyan government has said its security officials are on high alert following the twin explosions in neighbouring Uganda on Tuesday.

Government spokesperson Cyrus Oguna urged citizens to be vigilant and report any suspicious characters or movements.

The alert comes days after three prisoners who were convicted for terrorism-related charges escaped from a prison in the capital Nairobi, BBC News reports.

Three other suspected suicide bombers were killed in Uganda in two explosion sites where three other people died.

The Islamic State group has said it was behind the Uganda blasts.