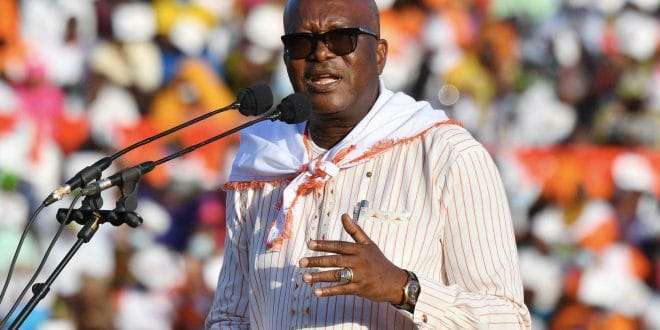 Hundreds of Burkinabé were in the streets of Ouagadougou, the capital of Burkina Faso, demanding the resignation of President Roch Kaboré, on Tuesday.

Protesters accuse the president of failing to subdue Islamists in the north and east who killed 28 soldiers and four civilians last weekend.

“He has shown his incompetence since taking office. He has failed on the security front. We have too many deaths.”

The country is organizing three days of national mourning which began on Tuesday following the latest attacks.