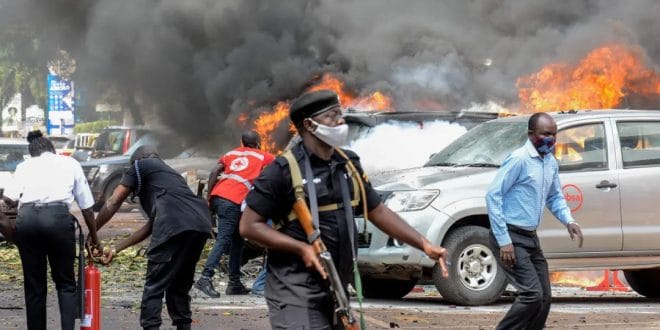 Six people were killed, including three of those behind the attacks, in the explosions that hit Uganda’s capital, Kampala in the morning, BBC News reports.

Police spokesperson Fred Enanga said intelligence gathered so far indicates that those behind the blasts were local militants the Allied Democratic Forces (ADF).

He said a fourth attacker was pursued and detained and police found a suicide bomb jacket in his home.

Mr Enanga added that 33 people were injured and five of them are in a critical condition.

The ADF claimed one of two explosions in Kampala last month.