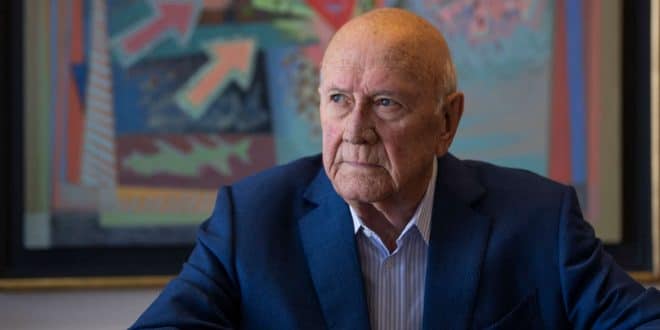 Late South African president FW de Klerk, who died at 85 last week, will be cremated in a private ceremony on Sunday, his foundation has announced.

“The FW de Klerk Foundation wishes to announce that FW de Klerk’s cremation and funeral will take place on Sunday, 21 November,” it said in statement.

“It will be a private ceremony for family members and will not be open to media,” the foundation added. No further details were given.

De Klerk came to power in 1989 under apartheid, a system of legalised racism, but later became a key figure in the transition to democracy.

In 1993, he shared the Nobel Peace Prize with former president Nelson Mandela for helping to negotiate an end to apartheid.

He died on Thursday after having been diagnosed with cancer earlier in the year.