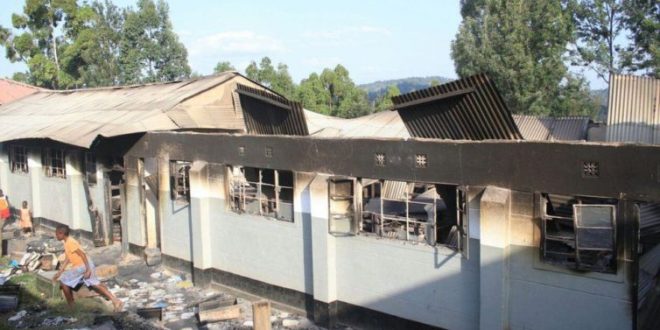 Four Kenyan schoolboys are in police custody over the burning of a dormitory after reportedly being denied permission to watch the match between Liverpool and Manchester United, the Daily Nation site reports.

According to a local police officer, the four students were among 14 others questioned over the incident.

The students at Dr Krapf Boys Secondary School in the coastal county of Kilifi will be charged with arson on Wednesday.

Students at the school are only allowed to watch television on Saturday, Rabai Sub-County Police Commander Fredrick Abuga told the website.

The school has been closed.

Liverpool humiliated Manchester United in a 0-5 thrashing at Old Trafford.