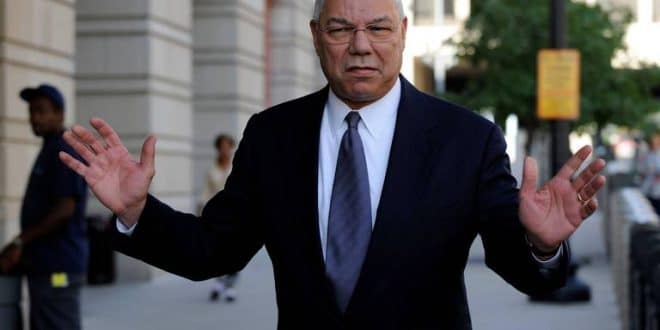 Former US Secretary of State under George W. Bush, Colin Powell, died at the age of 84 from “complications from Covid-19,” his family announced on Monday.

The former secretary of state died at Walter Reed Hospital, located in the suburbs of Washington, where US presidents are often treated.

Note that several personalities have paid last tribute to the memory of this great man.

For his part, US Defense Minister Llyod Austin paid tribute to “a great man”. “I have lost a great friend and a mentor,” he said.

“Colin Powell was a prominent figure in American military and political leadership and someone of extremely good skill and integrity,” said Tony Blair, former Prime Minister of the United Kingdom during the Iraq war.