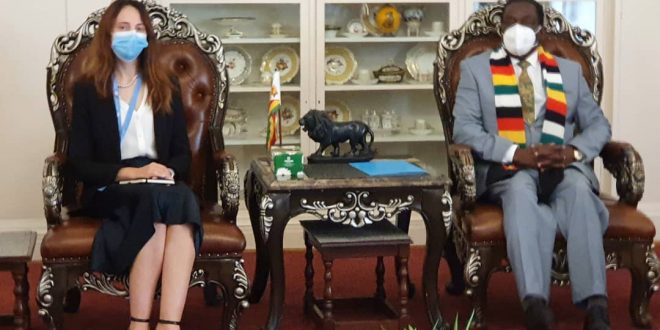 UN envoy to assess impact of sanctions on Zimbabwe

UN Special Rapporteur Alena Douhan has arrived in Zimbabwe to assess the impact of sanctions imposed on the country by the US and European Union.

The sanctions were imposed in 2002 when Robert Mugabe was president. They target companies and specific individuals both within the Zimbabwean government and those associated with it.

President Emmerson Mnangagwa blames them for crippling development in the country, but the US and EU sanctions have previously said the restrictions had no impact on the economy.

Ms Douhan is expected to be in the country for 10 days and is scheduled to meet government officials, civil society organisations, representatives from the private sector and opposition parties, according to the state-owned Herald site.

Zimbabwe’s ministry of information has tweeted photos of her meeting with President Mnangagwa: