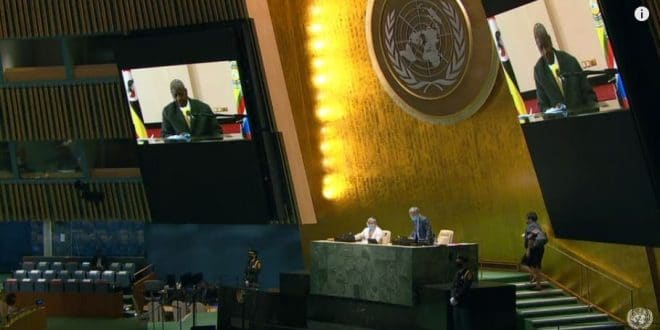 The Ugandan President Yoweri Museveni has told the United Nation’s General Assembly that his government remains committed to fulfilling its human rights obligations in accordance with Uganda’s constitution and international law amid growing concerns of human rights abuses in the country.

Mr Museveni who addressed the 76th Session of the General Assembly Thursday night said all countries are duty-bound to promote and protect human rights under international law and United Nations Charter.

He also called for international support in addressing the challenges of refugees in Uganda and elsewhere in the world.

Read also: Kenya: a police officer fired while he was in coma

“We therefore, continue to call for more equitable sharing and responsibility for hosting and supporting the world’s refugees consistent with international commitments,” he said.