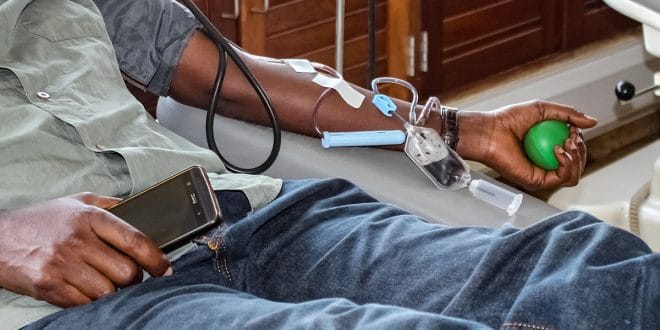 Uganda refuses to collect blood from prostitutes and drunkards

Uganda Blood Transfusion Services has said it no longer accepts blood from drunkards and donors with multiple sexual partners to avoid incurring losses.

On Sunday, Mr Samuel Davis Wante, the clinical team leader Nakasero Blood Bank told Daily Monitor that they are finding it too costly to process blood from both male and female sex workers and drunkards because of their level of exposure to transfusable diseases.

“We normally find common infections such as HIV, Syphilis, Hepatitis B and C because these people move recklessly and get the infections. We do not take blood from such a person unless someone left prostitution 10 years ago,” he said.

Read also: African presidents in the United States for the UN General Assembly

He also added that recent studies have revealed the continuous blood donations, results in lowered risk of blood clots, reduces chances of getting cancers, lowers high blood pressure and it is also linked to prolonged life.