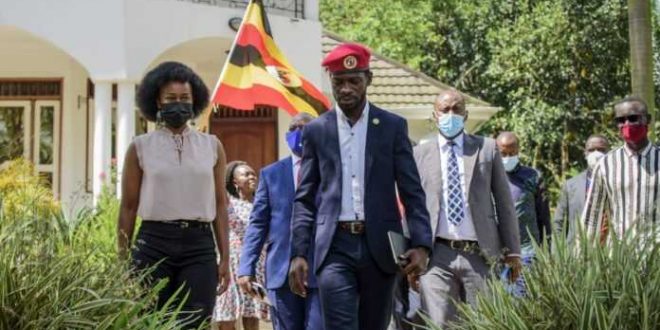 “Museveni will end up in dustbin of history”, Bobi Wine

Speaking from South Africa to France 24’s Marc Perelman, the Ugandan opposition leader, Robert Kyagulanyi aka Bobi Wine on Tuesday said that President Museveni will end up in the dustbin of history.

‘‘Recent history shows how all tyrants that have operated and behaved like Mr Museveni end up. Mr Museveni has showed us the same trajectory of all dictators in Africa that come in the name of revolutionaries but descend into despised despots,’’ he remarked.

‘‘It has been done in several other African countries and certainly can be done in Uganda,’’ he added.

Asked whether he thinks Mr Museveni will finish his 5-year-sixth term, Bobi Wine said:  ”He has only done what all other dictators do- focus on his continued hold onto power and all this comes to the detriment of Ugandans. He has changed the constitution multiple times. It always has unhappy endings.’’