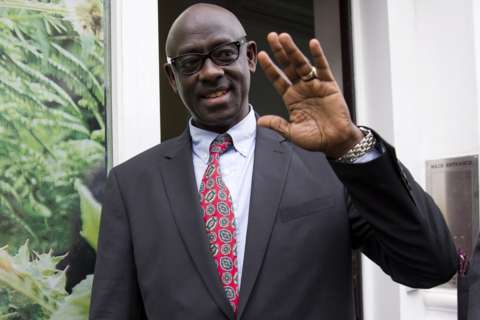 According to the human rights group, the Lantos Foundation, Johnston Busingye was involved in the detention of a prominent critic of the Rwandan government.

Paul Rusesabagina who was portrayed in the film Hotel Rwanda was tricked into returning to the country from exile last year and now faces terrorism charges, BBC News reports.

Mr Busingye, until recently the justice minister, has admitted the government paid the person who carried out the deception.