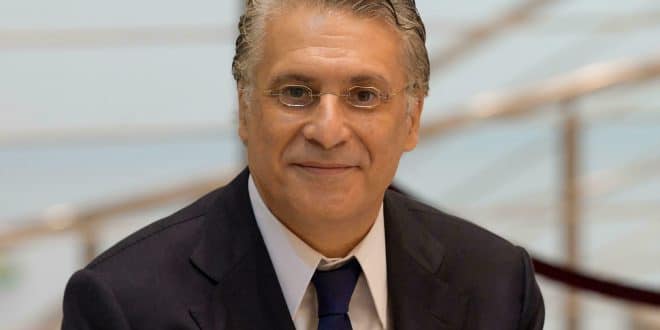 Former Tunisian presidential candidate Nabil Karoui has been charged with entering Algeria illegally and sent to jail while awaiting trial.

A court in the province of Constantine, in the east of Algeria, ordered that Mr Karoui and his brother, Ghazi, who is an MP, be imprisoned pending prosecution, local media reported.

Mr Karoui, the leader of the second largest party in Tunisia, had been arrested last month together with four others, including his brother, in the border city of Tebessa, where they were hosted by a local.

In 2019, Mr Karoui was jailed in Tunisia for six months while running his presidential campaign. He was released but is still under investigation for money laundering and tax evasion.

The wealthy businessman who owns of Nesma TV channel denies any wrongdoing.

The Tunisian authorities are believed to have requested his extradition from Algeria.